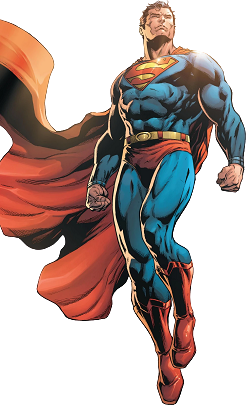 You can register the cape-* functions in the completion-at-point-functions list. This makes the backends available for completion, which is usually invoked by pressing TAB or M-TAB. The functions can also be invoked interactively to trigger the respective completion at point. You can bind them directly to a key in your user configuration. Notable commands/capfs are cape-line for completion of a line from the current buffer and cape-file for completion of a file name. The command cape-symbol is particularily useful for documentation of Elisp packages or configurations, since it completes elisp symbols anywere.

On the more experimental side, Cape has the super power to transform Company backends into Capfs and merge multiple Capfs into a Super-Capf! These transformers allow you to still take advantage of Company backends even if you are not using Company as frontend.

Cape is available from MELPA. In the long term some of the Capfs provided by this package should be upstreamed into Emacs itself.

Wrap your Company backend in a Cape and turn it into a Capf!

Cape provides an adapter for Company backends cape-company-to-capf. The adapter transforms Company backends to Capfs which are understood by the built-in Emacs completion mechanism. The function is approximately the inverse of the company-capf backend from Company. The adapter is still experimental and may have certain edge cases. The adapter can be used as follows:

Note that the adapter does not require Company to be installed. Backends implementing the Company specification do not necessarily have to depend on Company, however in practice most backends do. The following shows a small example completion backend, which can be used with both completion-at-point (Corfu, default completion) and Company.

Throw multiple Capfs under the Cape and get a Super-Capf!

Cape supports merging multiple Capfs using the function cape-super-capf. This feature is experimental and should only be used in special scenarios.

Note that cape-super-capf is not needed if you want to use multiple Capfs which are tried one by one, e.g., it is perfectly possible to use cape-file together with the lsp-mode Capf or other programming mode Capfs by adding cape-file to the completion-at-point-functions list. The file completion will be available in comments and string literals. cape-super-capf is only needed if you want to combine multiple Capfs, such that the candidates from multiple sources appear together in the completion list at the same time.

See also the aforementioned company--multi-backend-adapter from Company, which allows you to merge multiple Company backends.

The Capf-Buster ensures that you always get a fresh set of candidates!

If a Capf caches the candidates for too long we can use a cache busting Capf-transformer. For example the Capf merging function cape-super-capf creates a Capf, which caches the candidates for the whole lifetime of the Capf. Therefore you may want to combine a merged Capf with a cache buster under some circumstances. It is noteworthy that the company-capf backend from Company refreshes the completion table frequently. With the cape-capf-buster we can achieve a similarly refreshing strategy.